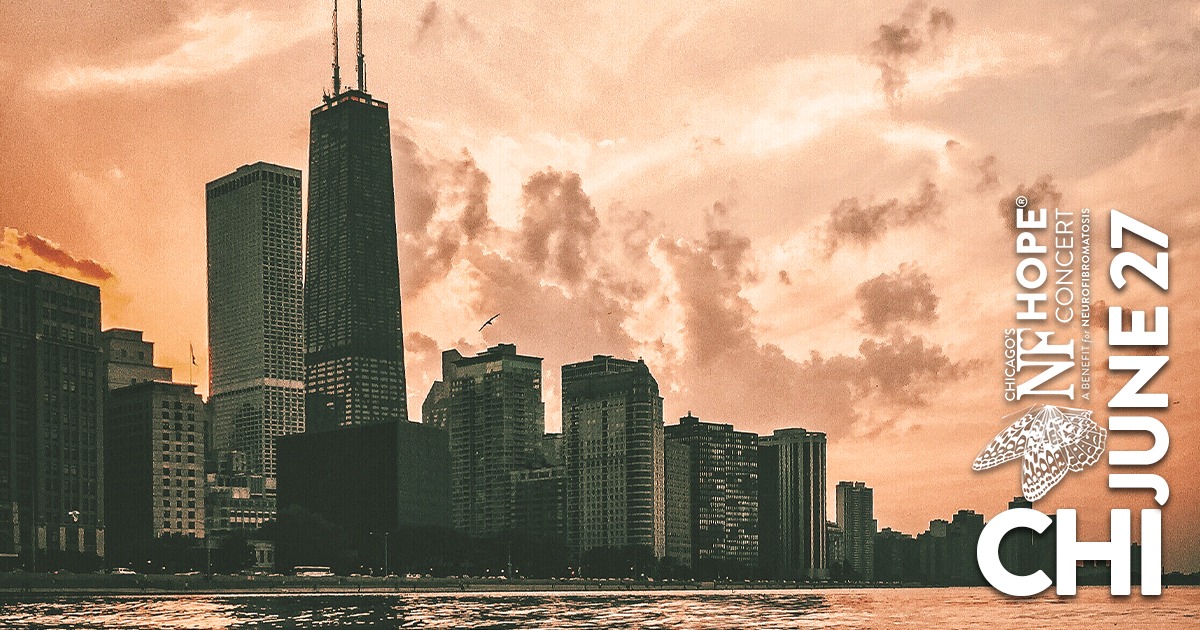 After more than two years of virtual concerts, the NF Hope® Concert is returning to the windy city live and in-person!

To celebrate this return, concert co-founder, Jeff Leibow, is bringing together Chicago's brightest stars for an unforgettable evening of entertainment in support of Neurofibromatosis Network and the NF families they serve. Chicago's 3rd Annual NF Hope Concert will be presented LIVE on Monday, June 27 from 7-9PM in the Madden Theatre at North Central College in Naperville, IL. There are a limited number of seats, so grab your tickets before they're gone!

To find out how to still support the cause and read the full statement from NF Hope Concert Co-Founder, Jeff Leibow, please click here.