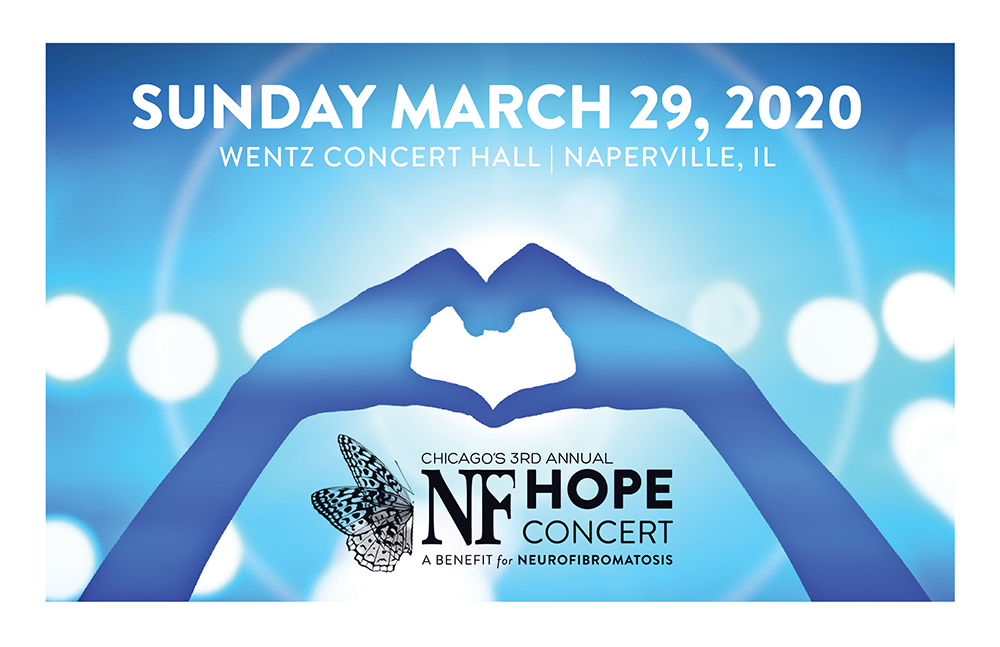 Join the NF Network this March for an exciting event bringing together incredible local talent and national headliners for an evening of fun and entertainment to support a wonderful cause! Additionally, we will celebrate and honor two individuals dedicated to helping improve the lives of those living with NF. Tickets are now available, with General Admission tickets at $49, and VIP tickets at $79. 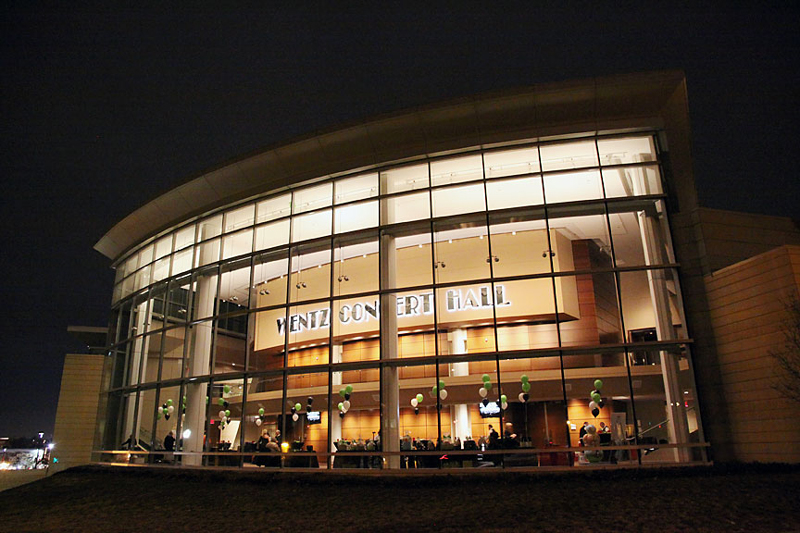 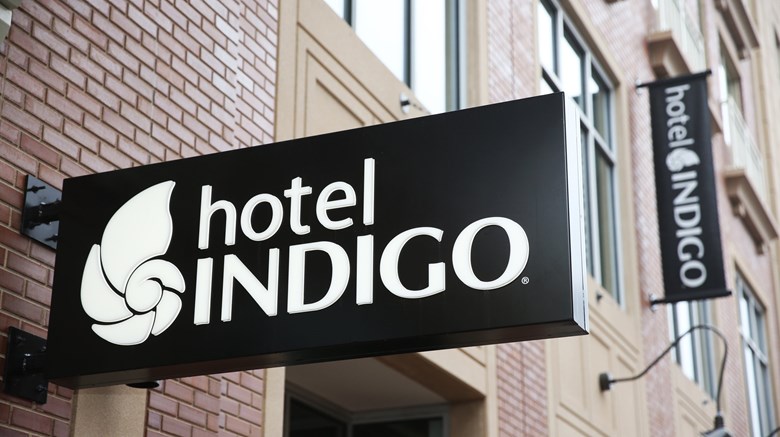 In 2014, the founders of the NF Hope Concerts instituted two annual awards: 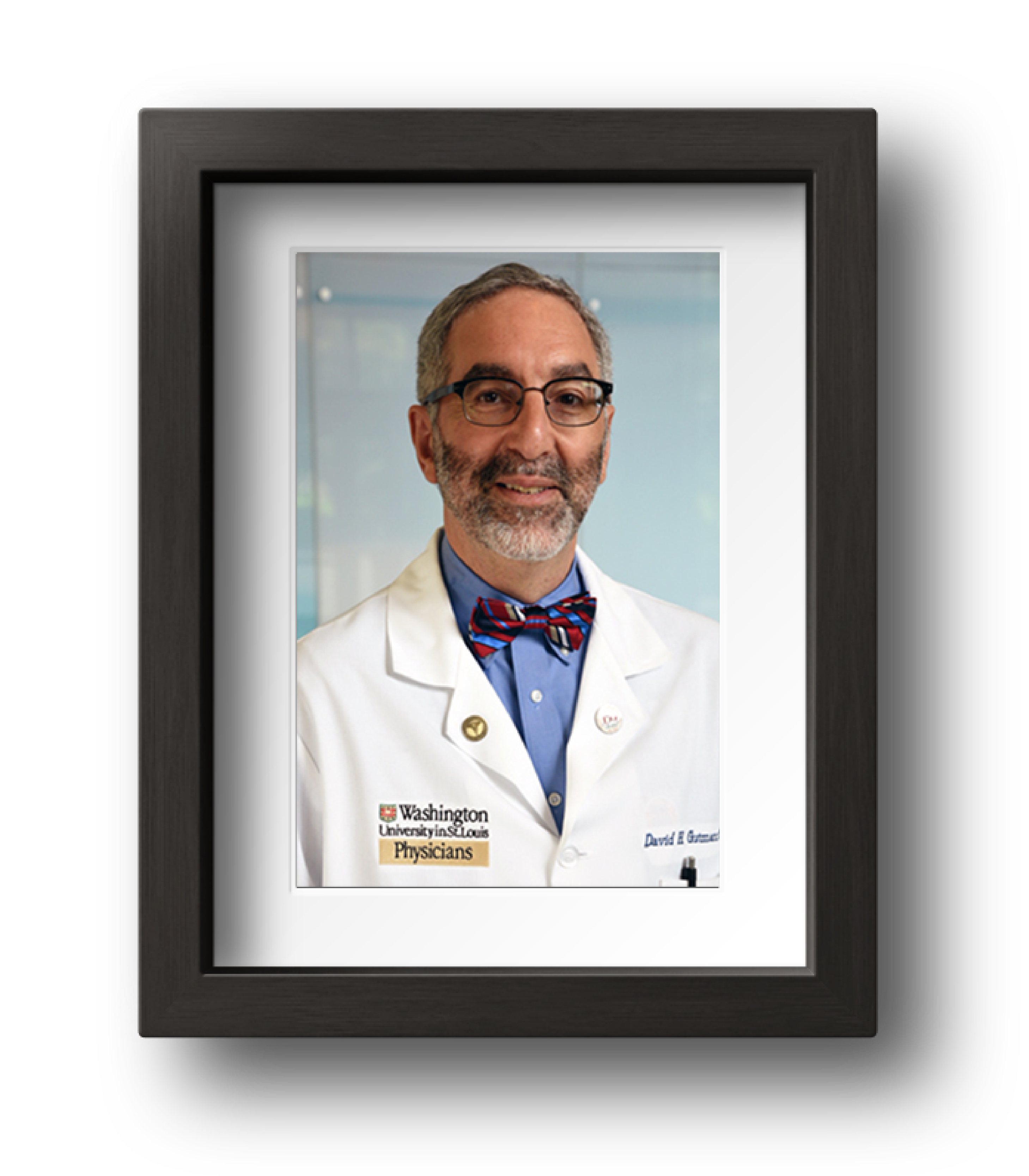 For over 25 years, Dr. Gutmann has cared for children and adults with neurofibromatosis, as well as directed a basic research laboratory focused on using NF as a genetic model system to better understand normal brain and brain tumor development relevant to improving the lives of people with NF and related disorders.

Dr. Gutmann received his MD and PhD degrees at the University of Michigan Medical School.  He worked in the laboratory of Dr. Francis S. Collins to identify the function of the NF1 gene. 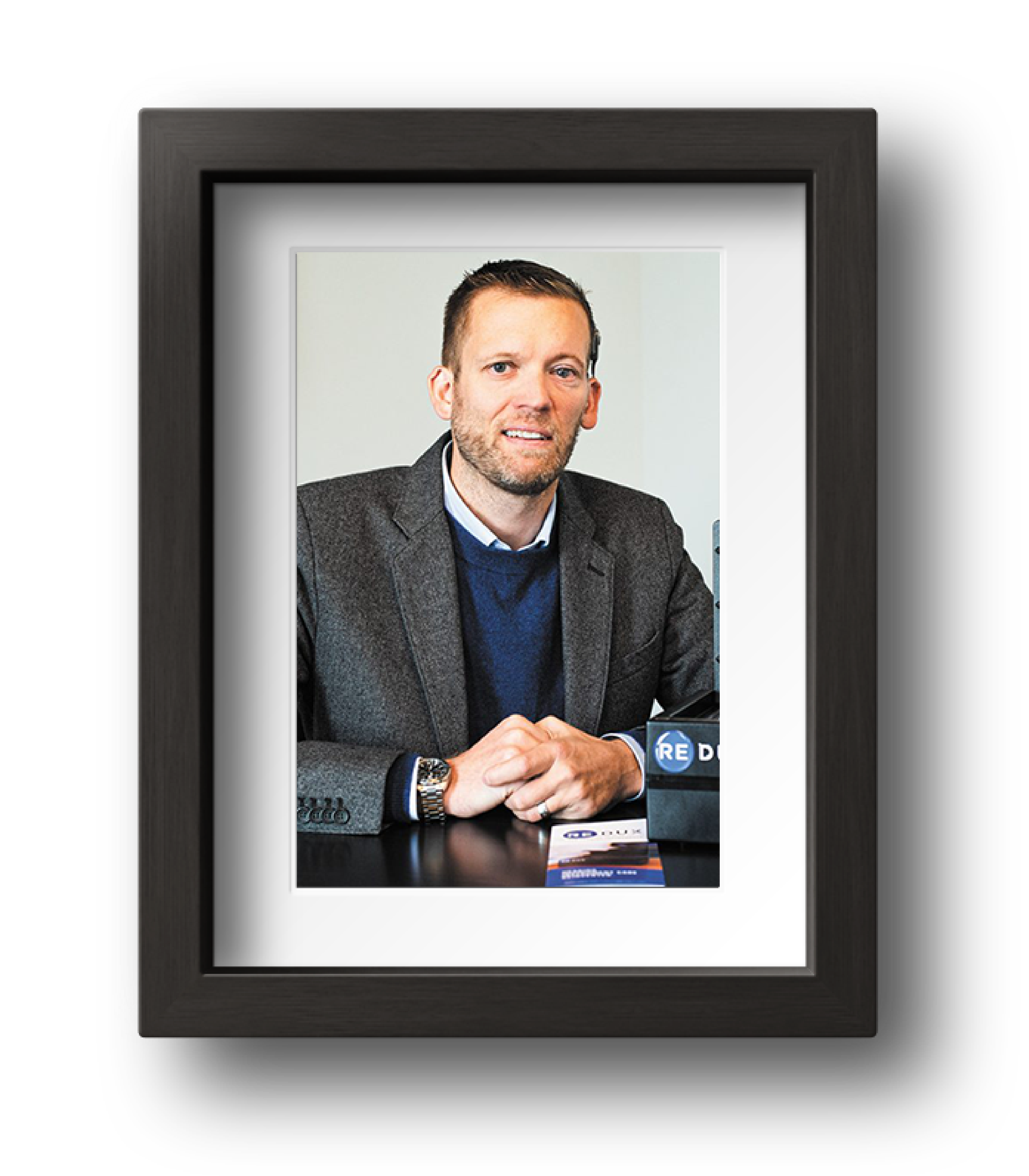 Matt Hay was diagnosed with NF2 as a sophomore in college at Indiana University. His personal diagnosis with NF2 led him to his “dream job” with Redux, where he educates the audiology community on the newest technologies for hearing instrument care. “There are days I even forget that I have NF2, which I never would have believed possible.” Outside of his professional career, Matt finds comfort in NF related fundraising events like NF Hope® Concerts, often found (slowly) walking, running, biking and swimming across the Midwest to support NF research.

The concert, produced by former JERSEY BOYS star Jeff Leibow and his wife, Melody, will draw from Chicago's endless supply of local talent! This year's featured entertainment will include: 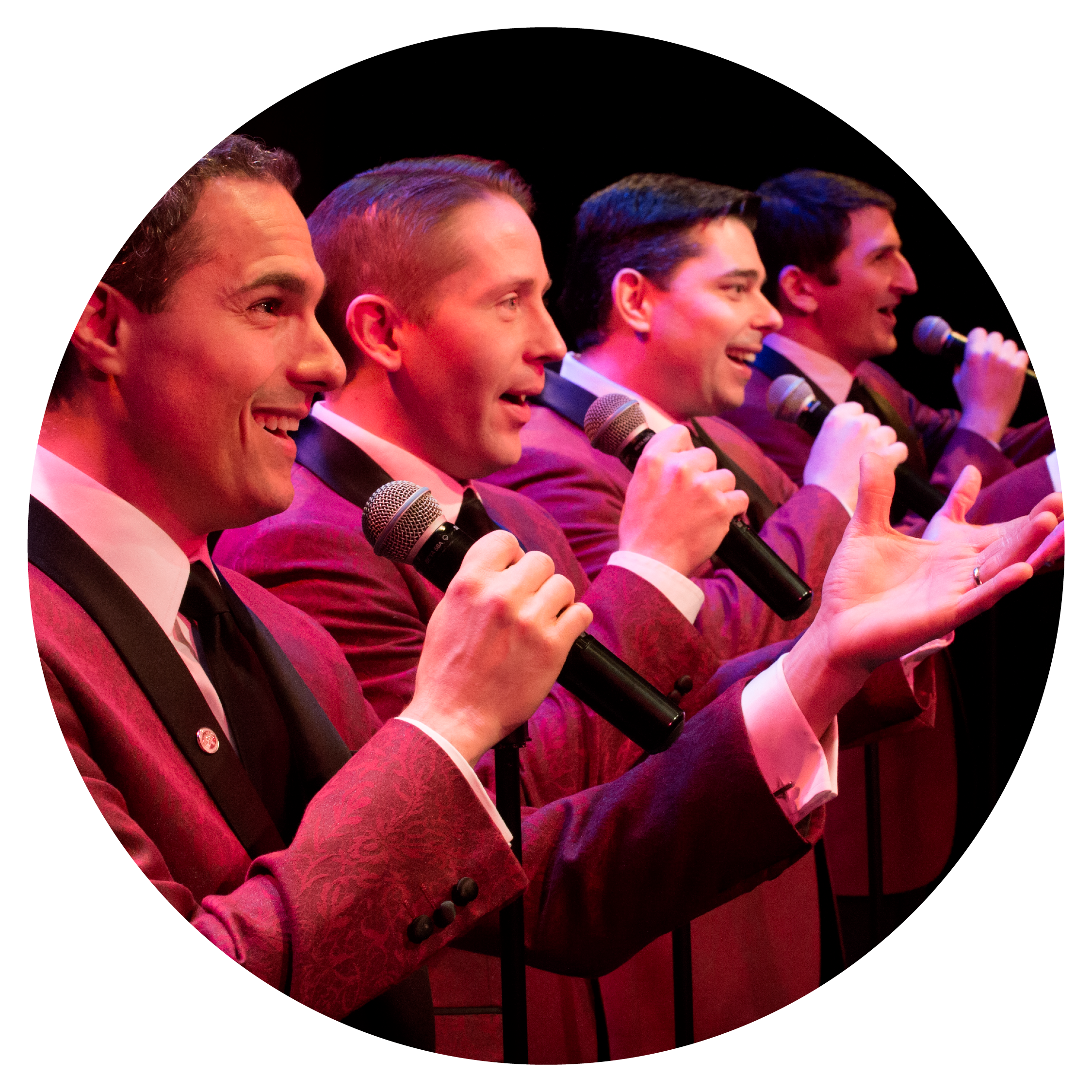 Created by John Michael Coppola, best known for his appearance in Chicago’s long running production of the Broadway, smash hit Jersey Boys, THE FOUR C NOTES are the Midwest’s ONLY tribute dedicated to recreating the music of Frankie Valli and The Four Seasons! While they call Chicago home, THE FOUR C NOTES have been seen at private events, performing arts centers and outdoor festivals all over the U.S. and are quickly becoming the country's premier tribute to Frankie Valli and The Four Seasons! 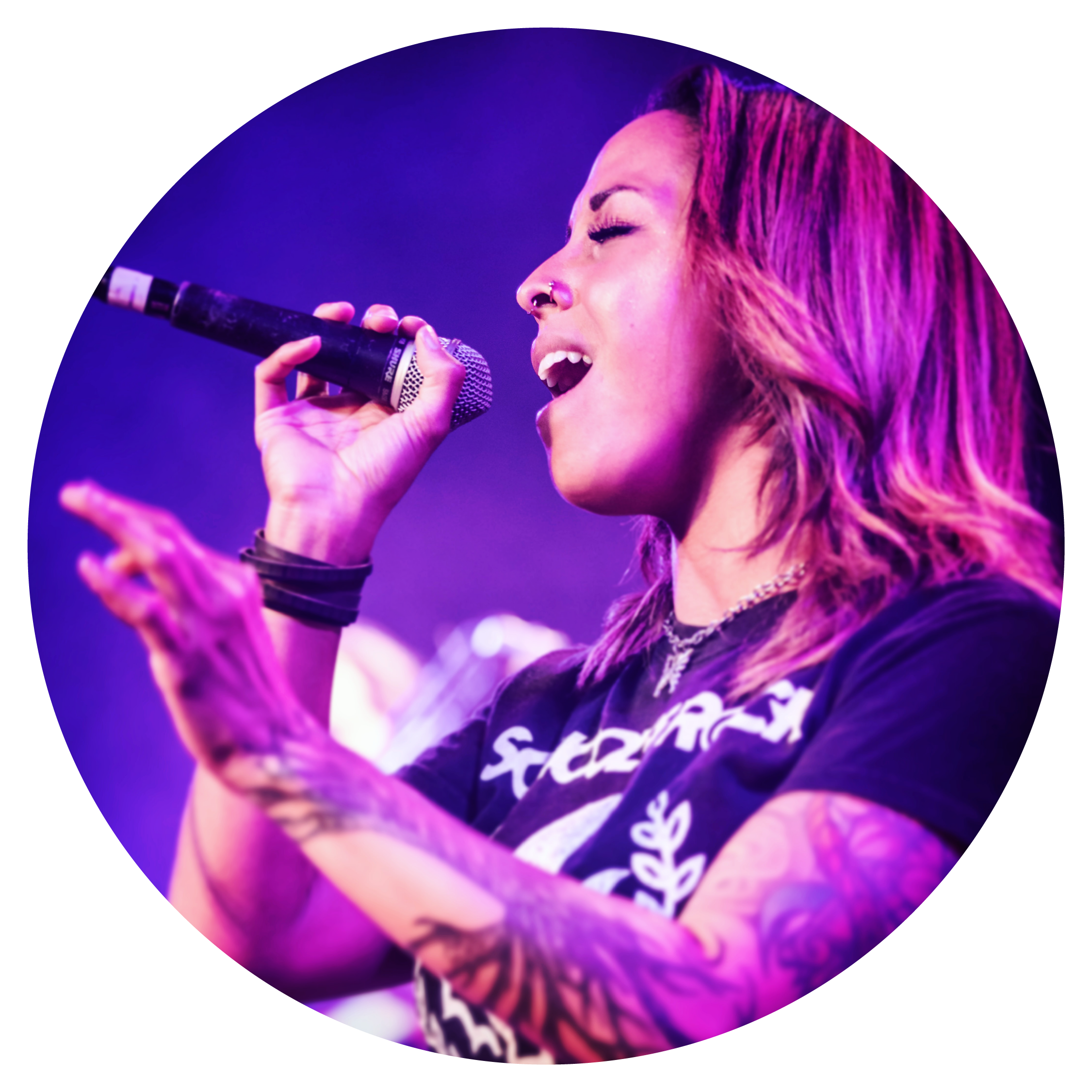 Morgen Hare was raised in music since she was six and hasn't stopped since. She started off dancing at age four, then added piano at six and voice at seven to continue her musical education. Originally from Minnesota, she developed a love for music the moment she was introduced to The Jackson 5 and Earth, Wind and Fire. After high school, she moved to Chicago, graduated from Columbia College and is currently a full-time professional vocalist. As she grew so did her skills as they developed and blossomed into a thriving career. Having performed at Carnegie Hall in NY, Summerfest in Milwaukee and the Vic and Aragon Theaters in Chicago, Morgen is just as comfortable in front of large crowds as small ones. Whether it's working as a studio singer, recording for TV and radio commercials or live shows, her love for music never ceases. She has a passion for all types of music, ranging from classical, hip-hop, rock and soul to musical theater, R&B and everything in between. You can find her gigging as the lead singer of Final Say, the internationally renowned dynamic cover band out of Chicago. Morgen also teaches voice and keys lessons at the School of Rock Oak Park and, to top it off, is the Marketing and Communications Specialist for the School of Rock Oak Park and the School of Rock Glenbrook. 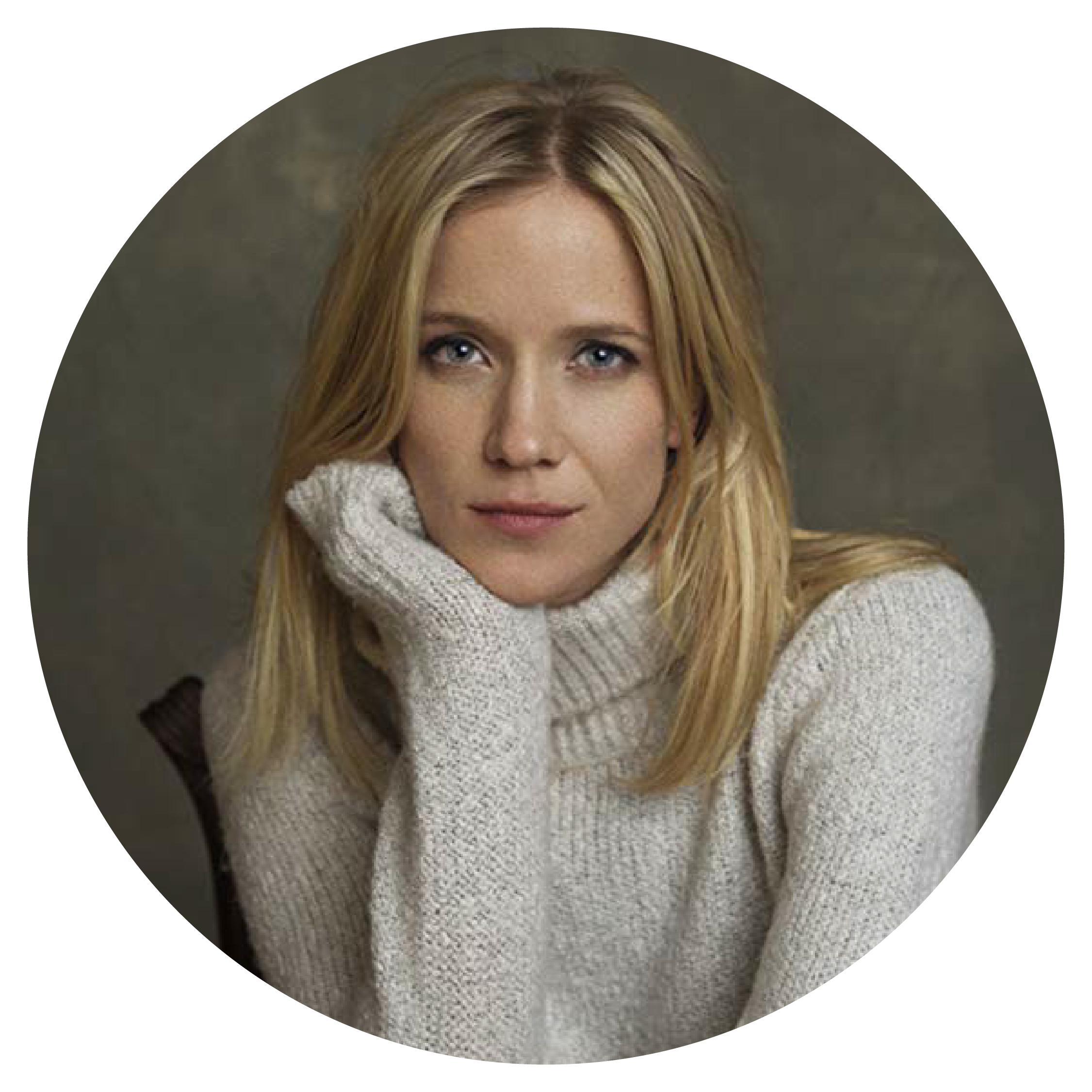 American film and television actress Jessy Schram was born and raised in Buffalo Grove, Illinois. She appeared in numerous commercials and stage productions before taking the bold step of moving from Chicago to Los Angeles at the age of 18. Since then, she’s had the privilege of working with some of the very best in the business. Schram is familiar to Hallmark Channel viewers from her starring roles in “A Royal New Year’s Eve,” “The Birthday Wish” and last November’s “Road to Christmas.” Her other television credits include leading series regular roles in Steven Spielberg’s TNT drama “Falling Skies” and ABC’s “Last Resort.” She also completed a major arc on the popular series “Nashville” and was critically acclaimed for her role as Bonnie Whiteside on the award-winning drama “Mad Men.” She played opposite Christina Ricci in the TV miniseries “Lizzie Borden” and recurred as Cinderella on the ABC fairytale drama “Once Upon a Time.” Other recurring roles include “Veronica Mars” and “Medium.” As a film actress, Schram is continually drawn to the world of independent film. She recently appeared opposite Lake Bell and Jon Bernthal in Shot Caller. Schram has also worked alongside Finn Wittrock and Emilie de Ravin in The Submarine Kid as well as Jeff Garlin, Sarah Silverman and Amy Sedaris in the ensemble comedy I Want Someone to Eat Cheese With. She has also worked with the late Tony Scott, playing opposite Chris Pine in the action-thriller blockbuster, Unstoppable. A singer/songwriter, Schram has shared her passion for music in clubs and concert venues all over the country. 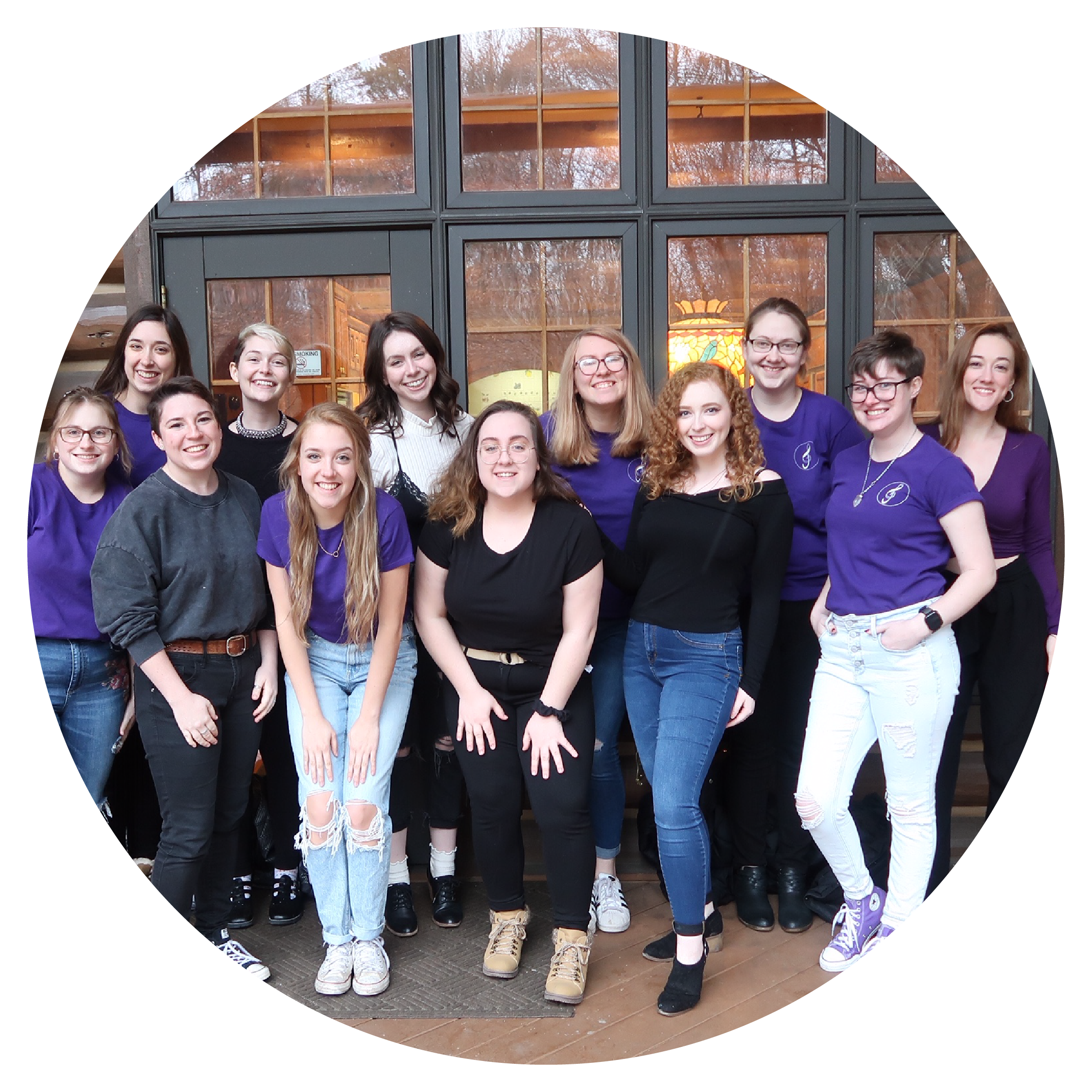 Tonacity is the all-women a cappella group of North Central College. Established in 2017, this rad group of ladies not only focuses on making memorable and fun pieces to perform, but also on creating a bond between each of its members. As the fourth and most recent addition to the North Central College a cappella scene, Tonacity has strived to create a collaborative, respectful, and fun a cappella environment on campus, pushing for greater collaboration and communication. Tonacity is known around campus for its unique and exciting performances, positive and uplifting attitude, and edgy style. Tonacity was founded by and created for motivated and talented women who want to express their love for music. Starting as a group of only seven ladies, Tonacity has since grown into a fifteen-member ensemble ready and excited for what the future has in store. 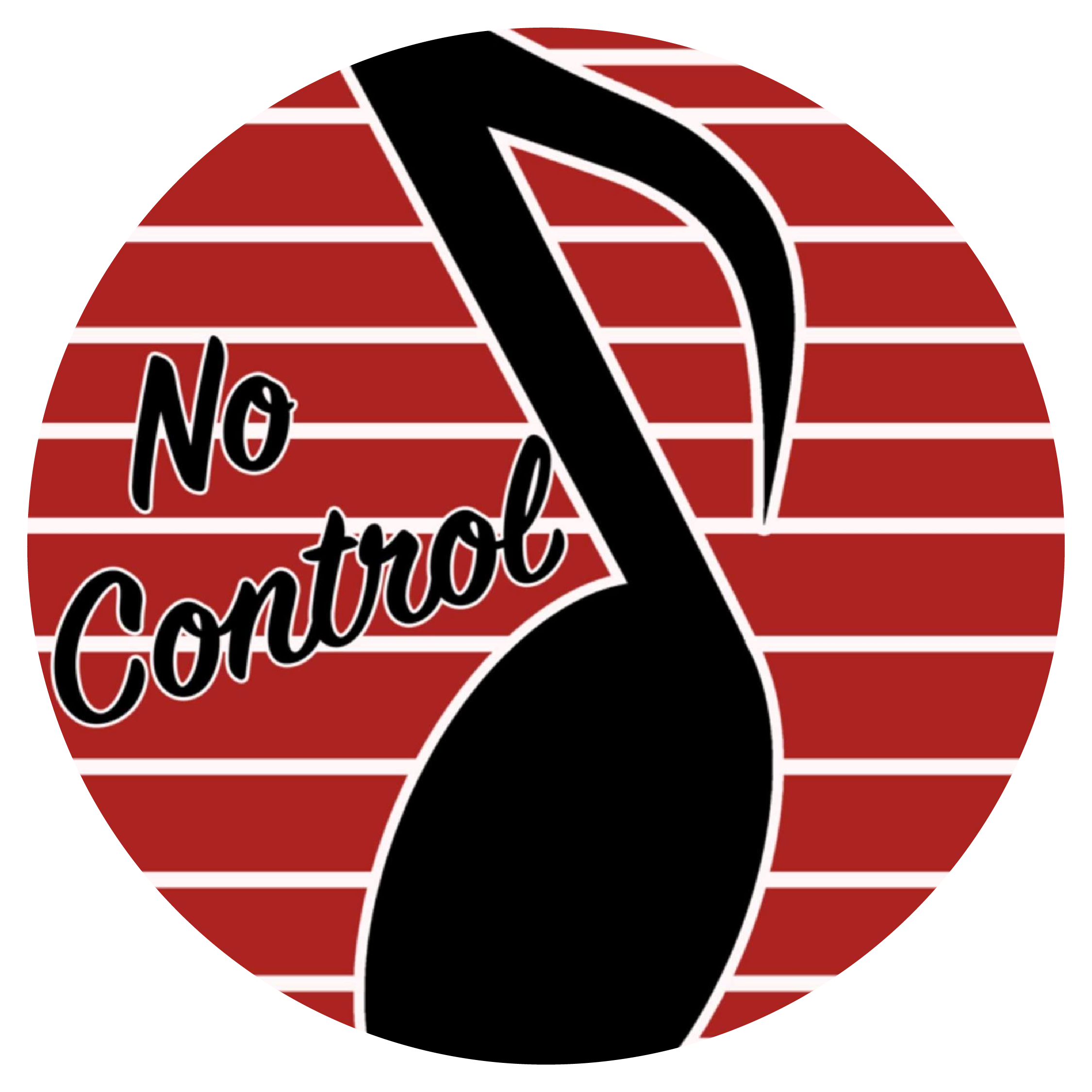 No Control a Cappella is the best and only all male a cappella group at North Central College located in Naperville IL. No Control started in the fall semester of 2015 with two friends that had a common dream of starting an inclusive environment for men to sing and perform no matter their talent or previous musical knowledge. No Control values both fun and music, while still performing at a professional level and creating a brotherhood that is unbreakable. No Control sings a wide variety of repertoire, mostly of the pop and doo-wop genres. 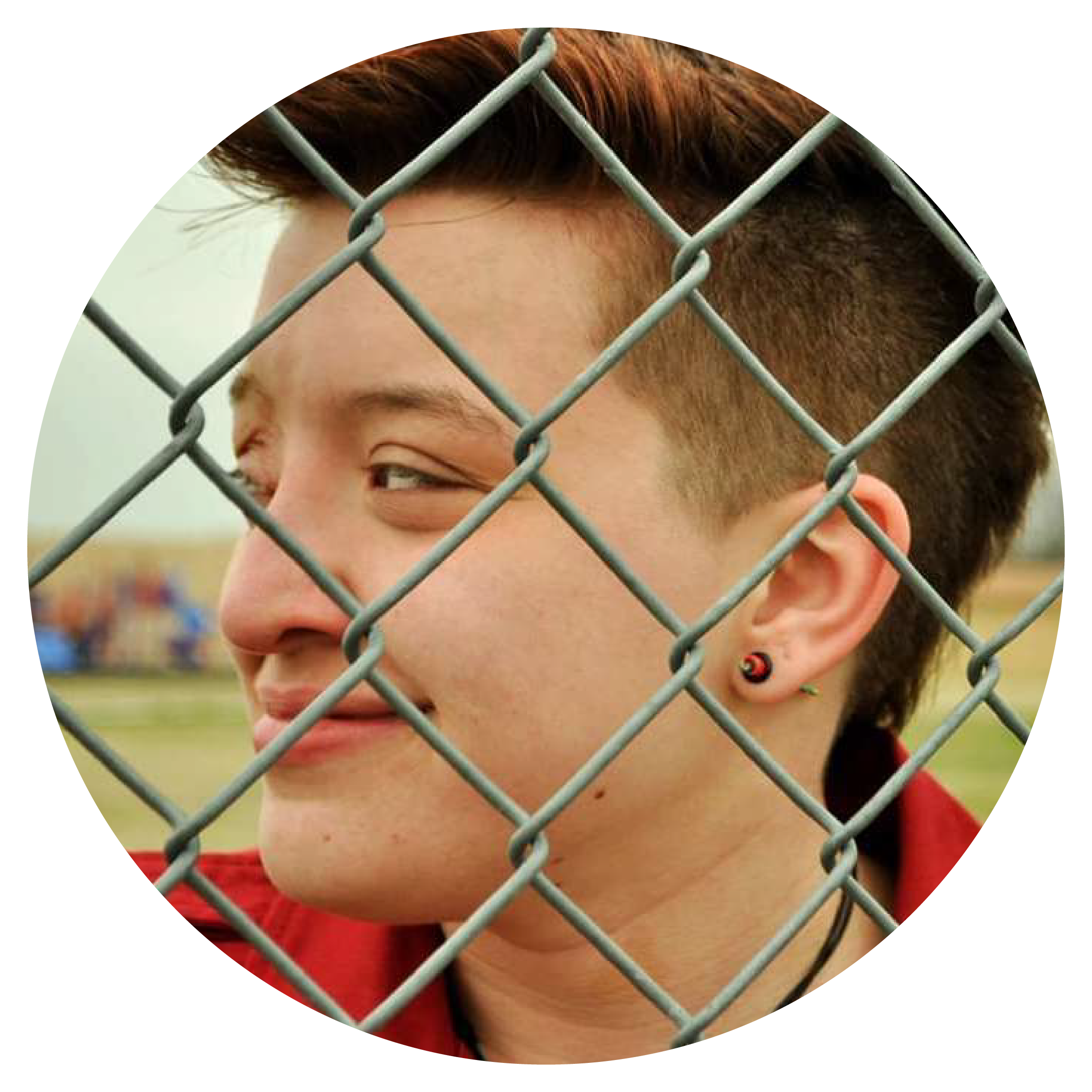 Jay Hale is a talented singer affected by Neurofibromatosis Type 1, or NF1. Jay always had NF, but it never really effected her until she turned 13. She woke up on her 13th birthday and couldn't feel her legs, so her mom took her to the hospital. She was in a massive amount of pain - something she had never experienced before then. To combat this pain, her doctor prescribed her narcotics and admitted her to the hospital. After numerous hospital visits (some of significant length), she became addicted to the narcotics that helped take away her pain. Her battle with this addiction nearly ended her life on more than one occasion. Thanks to her mom, “She woke me up and told me to stop the pills." Quitting was a monumental challenge. Fortunately, Jay has found healthier ways to manage the pain caused by NF that allow her to "still be a human being". The doctors and hospitals that sent her down this path have now become family. Like so many members of the NF community, she has endured numerous surgeries and has been subjected to many experimental treatments in an effort to manage her NF. She is grateful for the help she received during her many stays at Cooks Children’s Hospital in Fort Worth, TX and their Child Life Center. With the help of well-known musician and family friend, Sonny Burgess, Jay has been able to cope and express herself through music. "It's saved my life. Now I want to use my talents to spread awareness."